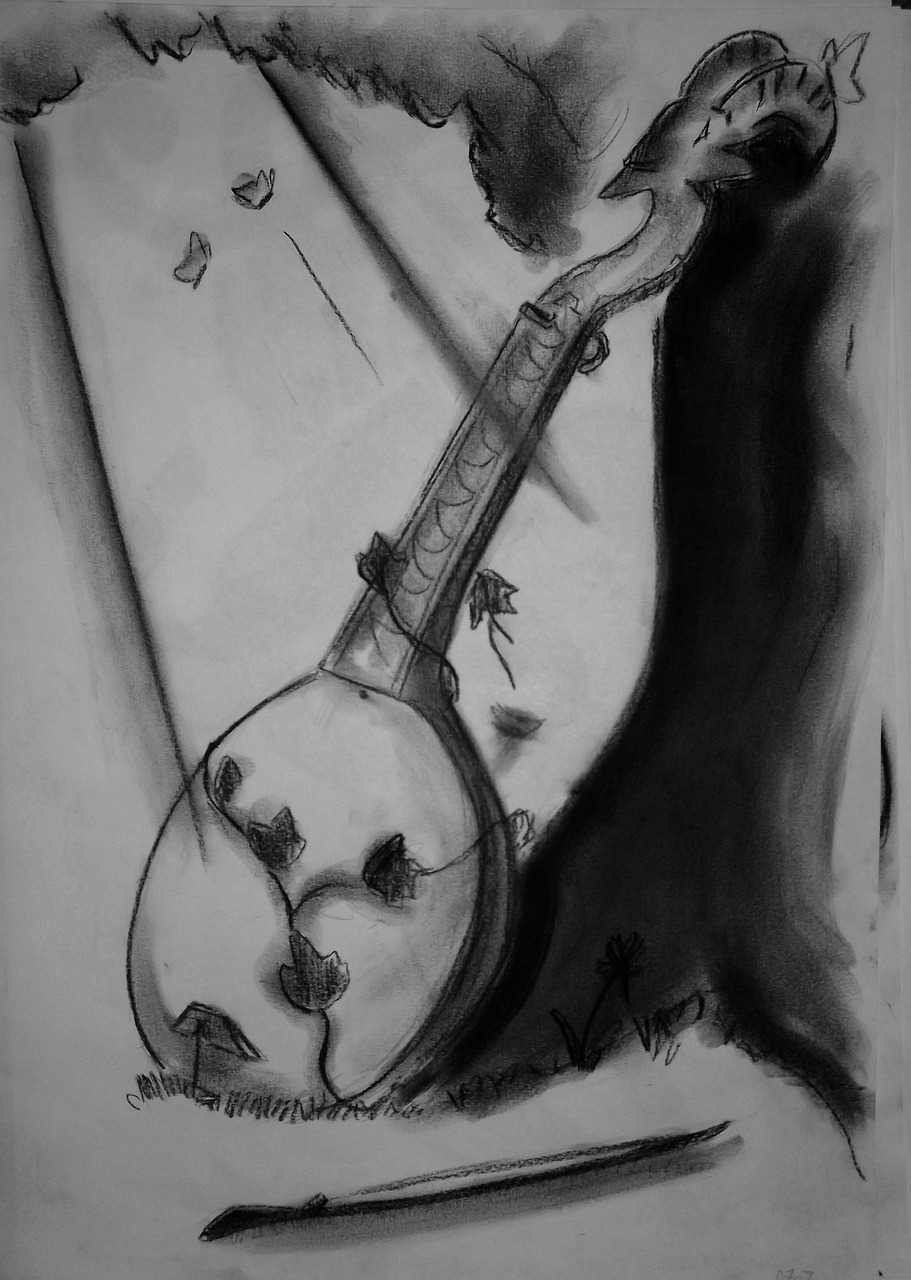 When young 15-year old Jeriah saw his gift, a new wave of excitement to learn ‘Oud’ took him with it, into an unknown companionship of tranquility for all his living years.

His father was a carpenter who brought him this musical instrument on his way back from northern Egypt in the early 14th century.

Jeriah lived in a small town close to the Persian border with his parents and a younger sister. He soon became a common name to play during the evening gatherings.

His father had mastered the art of instrument making and owned a shop in the local market of Huzoor bazaar. The name came from the lifeless tall structure made of red bricks in the middle of the market, where the town’s lord ‘Huzoor’ lived.

The market was busy, chaotic and filled with the noises of men and animals and yet, when it was time for the prayer, it became as peaceful and serene as the river Nile in Egypt.

Jeriah’s father constantly persuaded his son into coming to the shop to help him with the work and play the instrument to attract customers. But, Jeriah always refused as the constant bazaar noises did not give him the calm to play his music.
On one such day, Jeriah’s father fell ill and was advised by the local hakeem to rest for a few days. His younger sister worked at Huzoor’s house as a helper. Each day she would go with her father in the morning and returned back with him.
Having no choice left, Jeriah had to go to look after the shop.
Amiya was now Jeriah’s responsibility till their father came out of the sickness.

Jeriah was sitting outside his shop which lay in front of the lord’s residence, when he started gazing towards the orange sky which was about to mingle into darkness. Mindlessly looking, Jeriah’s eyes stopped on a small window. The window was blinded to most of the eyes.

It could be seen only by those, curious to see the depths of skies.

He thought to himself “ the entire residence has no window but bricks to the front, except this tiny window…”

His thought was interrupted by Amiya’s voice who went into the shop to get some things her mother has asked to bring back on the way home.
Jeriah again looked towards the window with the corner of his eye and noticed a shadow.

Lantern lit, dim light fell on a beautiful face with mesmerised brown eyes looking at him.

That night, Jeriah’s mother said to him “Huzoor’s son is getting married in some days, Begum has asked Amiya to stay for longer to help.”
Jeriah nodded with a smirk .

Each passing evening, the girl came and sat by the window when it was getting dark . During the day, the window was concealed with the wall coloured curtain as if the window did not want itself to be revealed.

One evening, Jeriah gathered the courage to ask his sister about the girl.

At first , Amiya was shocked . She could not believe that her brother had managed to notice the window and the girl. She got scared for once and warned his brother to not think of doing anything mischievous.
After a pause, she started “The girl is the youngest daughter of Huzoor, amongst his 6 children. She is Huzoor’s favourite and his most loved child. Everyday, after the family offers the evening prayers, she sits by that window.”

“She saw me.” replied Jeriah afraid of her sister’s response.
Amiya smiled breifly.

“Noreen cannot see. She tries to understand the voices from the chaos that lies beneath the high-walled window.She is only allowed to sit during the fading hour of the day so that the prying eyes could not fall on her.” she said.

That night Jeriah was unable to sleep.

The next evening , Jeriah closed the shop little early, lit a small fire under the nearby banyan tree, sat down and began to play his ‘Oud’.
In less time, small crowd started to sit around the tree, dancing merrily to the his tunes.

Jeriah managed to snatch a glimpse up to the window.
There the 12-year old Noreen was, smiling and amusingly looking down, to where the sound was coming from.

With each passing twilight over the warmth of innocent flames,
With the yearn of his songs reaching to her,
With the hope of her seeing the world to his tunes,
Huzoor bazaar told the musical stories of joy, love, friendship and ruins
to his precious Noreen, through the ‘murmurs of Oud’.

8 thoughts on “Murmurs of Oud”